This meeting took place on Tuesday, October 1st. The director of the Yunus Emre Institute, Dr. Ender Korkmaz talked about the institution’s activities. President of TUSIB informed about Union of Businessmen.

During the meeting, which was very sincere and fruitful, the parties discussed the possibility of further joint projects.

Dr. Korkmaz reported that since institute has been opened in Kiev in October 2017, about 700 Ukrainians study Turkish language.

President Ozbai said that TUSIB members are businessmen and professional executives with a very high level of work experience and life experience and they will be able to make presentations for groups of students at the Yunus Emre Institute as a social activity project.

In addition, the parties shared opinions about a specially prepared presentation dedicated to Turkish Republic Day on October 29.

Dr. Korkmaz thanked TUSIB for the sofa and TV donated early and said that they would be used directly for learning process.

At the end of the meeting, the director of the Yunus Emre Institute presented TUSIB a Ebru picture made by the Ukrainian artist Natalia Durugunova. 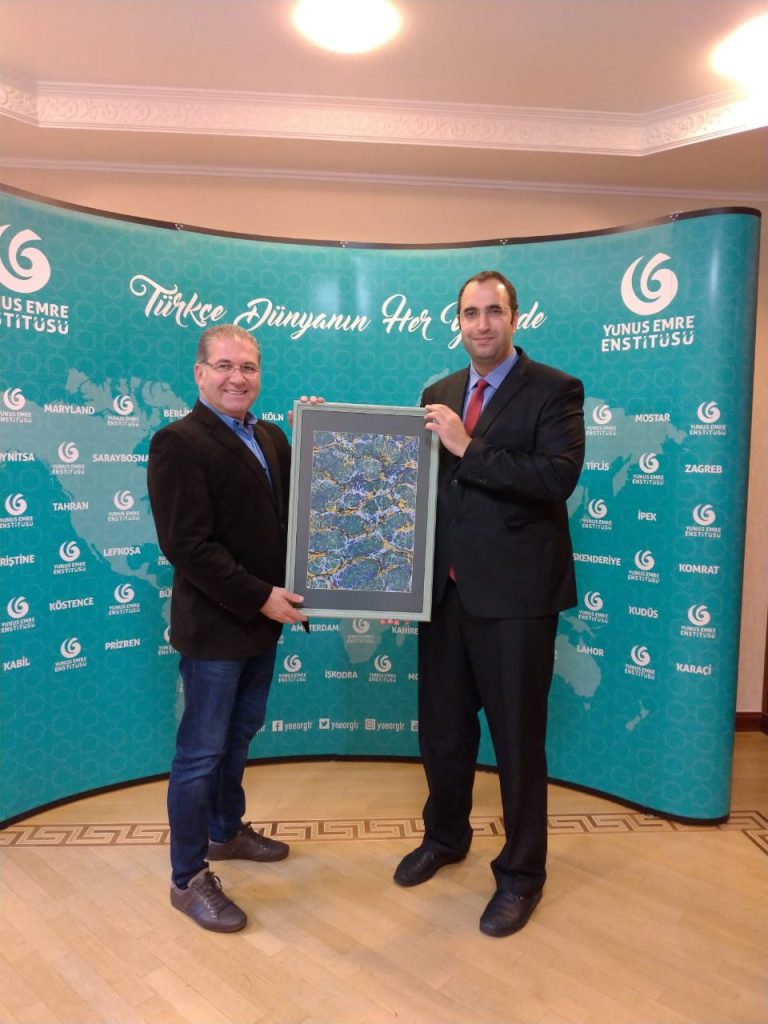