This principal project is for the improvement of  business environment in Ukraine within the framework of EU4Business initiative.

The main aims of the project are ; assistance in establishing “rules” for businesses, simplifying regulation, reducing the administrative burden on Small and Medium Enterprises  (SME), to stimulate business-oriented policies and to involve business community to a constructive dialogue.

FORBIZ implemented by the EU representation in Ukraine together with the Ministry of Economic Development and Trade of Ukraine. FORBIZ encourages the safe growth and competitiveness of SME in Ukraine by implementing a number of critical legal measures. 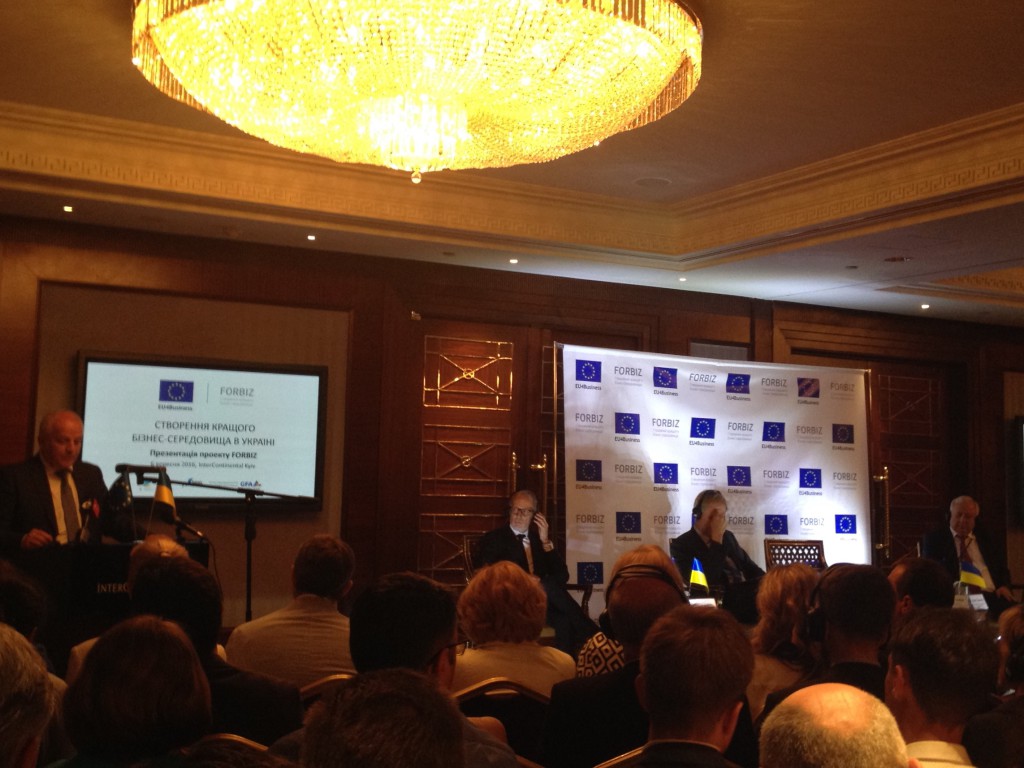 He stressed that the segment of SME should be the core of economic growth, that we have to represent Ukraine in the international arena through the real competition.

Mr.Berend de Groot – Head of Cooperation at the Delegation of the EU to Ukraine. He told about promotion and support of EU to Ukraine.

Mr.Matthias Halder – Team Leader of FORBIZ project. Told about content and value of the project with all details.

Mr.Shevki Acuner – Country Director of European Bank for Reconstruction and Development said that the EU and the EBRD provided 28mln Euro for helping and development of SME in Ukraine. Will be opened 15 Business-Consulting centers, provided information and other support to SME.

Mr. Acuner said that the EBRD has opened office in Lviv and in the near future going to open in Odessa and Kharkiv, which promotes directly support to SME in the regions.

In the panel discussion took participation: 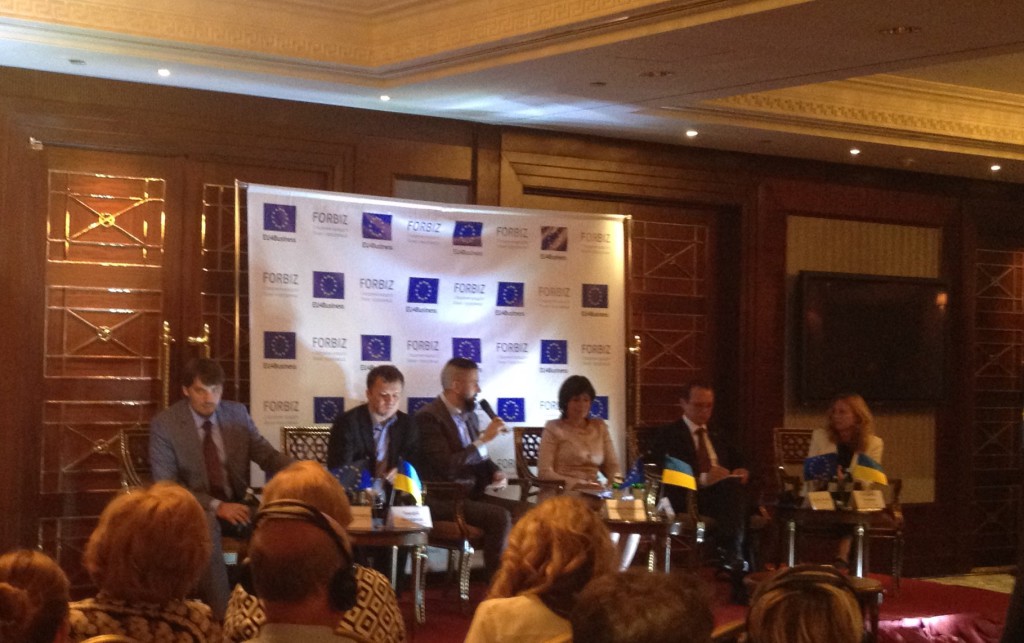 Viktoria Ptashnik – Member of the Parlament

Timofei Milovanov – President of the Kyiv School of Economics

All participants expressed their appreciation to the European Institutes for the launch of FORBIZ that estimates to improve the business environment in Ukraine. This project will help SME in development and will create a number of regulatory rules for business according the best European examples.