The bill on prevention any undue pressure on business can be approved in the near future. 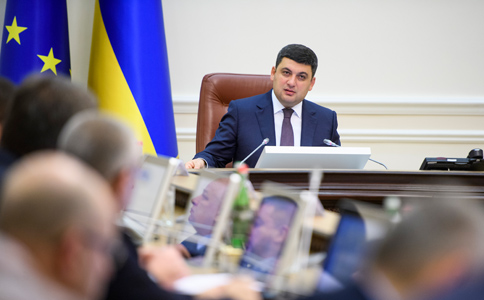 The bill on prevention any undue pressure on business can be approved in the near future.

Prime Minister of Ukraine Volodymyr Groysman hopes for the swift adoption by the Verkhovna Rada of Ukraine of a bill offered by the Government on prevention any undue pressure on Ukrainian enterprises, including pressure from law enforcement agencies. This was stated by the Prime Minister during a meeting with representatives of major business associations of Ukraine.

The Head of Government emphasized the aforesaid document is part of a package of legislative acts, the adoption of which will ensure the revival of business activity, the formation of a favorable business climate, and, consequently, the development of entrepreneurship that will contribute to the growth of economic rates to the tune of 5-7%. In early November, the bill was approved by the Cabinet of Ministers and submitted to the Parliament for further consideration and approval.

“This is our shared position with the President of Ukraine and with the Chairperson of the Verkhovna Rada – we can place this document on the agenda (session of Parliament), in order for the Committee to consider it, and after the abovementioned bill can be voted in general. For us, topmost and unchanging priorities are the development of the economy and the creation of an investment climate. And here we are talking about the elaboration of legislation and the protection of the real sector from arbitrariness and lawlessness, first of all by law enforcement agencies,” the Prime Minister stressed.

During the discussion of the document, representatives of business circles agreed that the draft law is of utmost importance and is viewed as an effective step and a tool for improving business conditions in Ukraine and collaboration with investors.