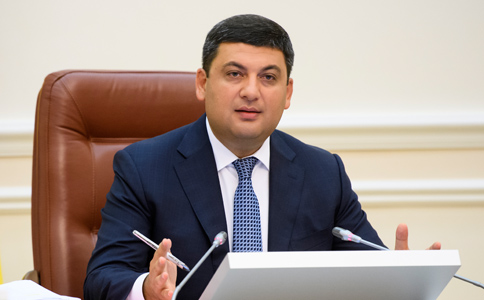 Prime Minister of Ukraine Volodymyr Groysman called on ministers to carry out an analysis of the work of the сontrolling authorities under their supervision as well as to remove existing barriers for business development and investment attraction. This was announced by the Prime Minister in the course of the Government’s session on Friday, August 18.

He underlined that during the week he visited three southern regions of Ukraine – Dnipropetrovsk, Mykolaiv and Kherson, where he had meetings with business circles and received from entrepreneurs a lot of complaints about artificial barriers in various spheres – from connection to networks to land allocation.

«At present, the burning issue of unlawful business checks is creating problems and obstacles to the development of the economy. Those who create nightmares for business are jeopardizing economic upturn. The President of Ukraine shares this opinion. I will not keep silent, if control structures are to be disbanded – I will uphold this decision», he accentuated.

The Head of Government drew attention to the fact that every job, successful enterprise as well as every investment, whether external or internal, must be protected

«I’m not satisfied with the climate that is being created by different structures. It is of critical importance to change the mentality of officials and the reform of the state service will contribute to the eradication of inappropriate behavior towards business», summed up Volodymyr Groysman.