In the framework of the 71st session of the UN General Assembly, President of Ukraine Petro Poroshenko had a meeting with President of the Republic of Turkey Recep Tayyip Erdoğan.

The Heads of State discussed the implementation of the agreements achieved in the course of the fifth session of the Ukraine-Turkey High Level Strategic Council, particularly in the sphere of trade liberalization. The parties noted the intensity of bilateral agenda and confirmed willingness to further enhance strategic partnership. 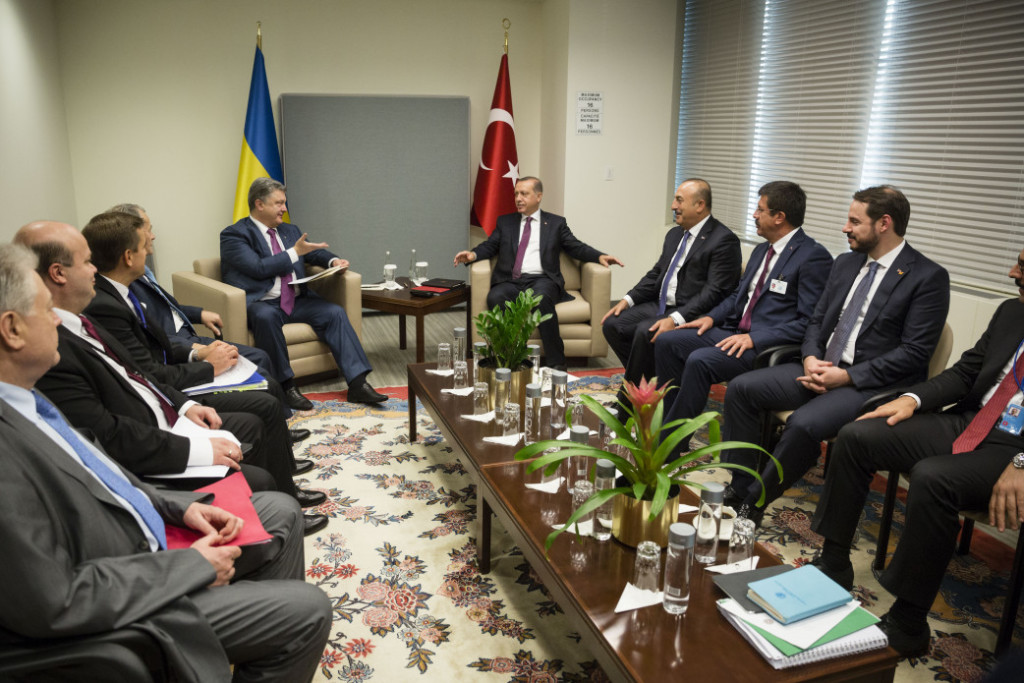 The President of Ukraine invited Turkish companies to join privatization of Ukrainian enterprises.

The parties agreed to carry out the meeting of the Ukraine-Turkey working group on the issues of energy.

Recep Tayyip Erdoğan emphasized that Turkey would further support Ukraine in the issue of restoration of sovereignty and territorial integrity in both bilateral and multilateral vectors.

He also noted that the resumed dialogue with Russia would not influence Turkey’s position regarding the non-recognition of the annexation of Crimea and condemnation of violation of Crimean Tatars’ rights.