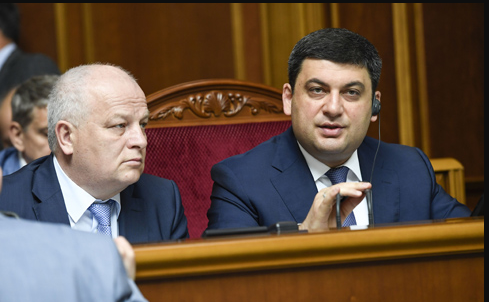 Bolstering the economy determined by the Cabinet of Ministers of Ukraine as a strategic priority will enable the country to achieve key social targets, inter alia increase of revenues and raise of wages. This was stated by Prime Minister of Ukraine Volodymyr Groysman during a meeting with representatives of regional media on Friday.

“The average salary in the country will exceed 7 thousand hryvnias by the end of the year, thus the minimum wage will amount to UAH 3200. However, the minimum salary will be increased next year. We will spare no effort to ensure the economic growth seek to lift incomes of citizens”, noted the Head of Government.

The Prime Minister noted that the programs of support have been already kicked off in the agricultural, pharmacology and engineering sectors and soon the Government will present a bill that will allow to conduct a prompt modernization and re-equipment of enterprises. The issue at stake is a mechanism of a 36-month installment plan to pay for VAT import applying to equipment that has no analogues in Ukraine.