Across Asian countries, the bulk of Ukraine’s exports is destined for Turkey (Research by NBU)

Across Asian countries, the bulk of Ukraine’s exports is destined for Turkey (Research by NBU)

Regional and commodity structure of Ukraine’s external trade has undergone drastic changes over the last decade in response to global commodity market and geopolitical developments. 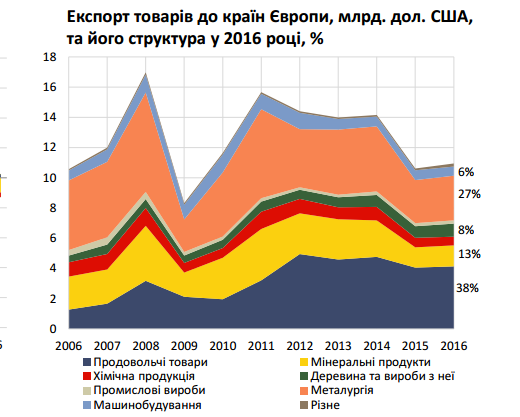 The increasing role of European countries as a trading partner, among other reasons, thanks to the EU-Ukraine Association Agreement and the diversification of energy supply sources, has been one of the major trends shaping 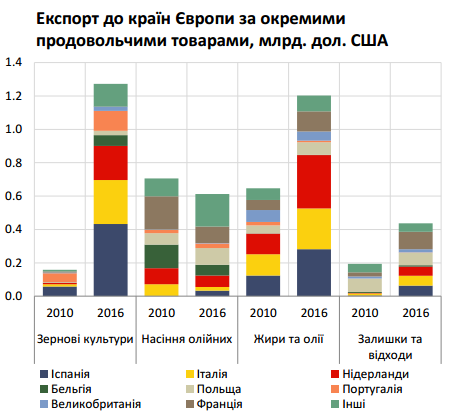 Ukraine’s external trade. In particular, exports of foods destined for European countries have increased five-fold over the last decade, placing Ukraine among the top three exporters of agricultural products to the EU in 2016. Across European countries, Italy is a major destination for Ukrainian exports (primarily metals, seed oil, and wheat), followed by Poland (ores and seed oil). Energy resources have gained a larger share of imports from Europe in recent years.

Meanwhile, over the past three years, Asian countries have become the main importers of Ukrainian goods, in particular, food products. Ukraine’s sunflower oil exports to this region increased ten-fold between 2006 and 2016. With a pick-up in corn exports, the composition of grain exports shifted dramatically toward corn exports. Across Asian countries, the bulk of Ukraine’s exports is destined for Turkey (metals and oilseeds). China accounts for more than half of Ukraine’s imports, with import volumes having doubled over the past decade, driven by an increase in machinery (home appliances, spare parts) and industrial imports (clothing and footwear).

The CIS countries, primarily the Russian Federation, was the only region with which trade turnover decreased over the last decade. The trade and economic pressure put on Ukraine by Russia resulted in a substantial decline in trade turnover between the two countries since 2012.